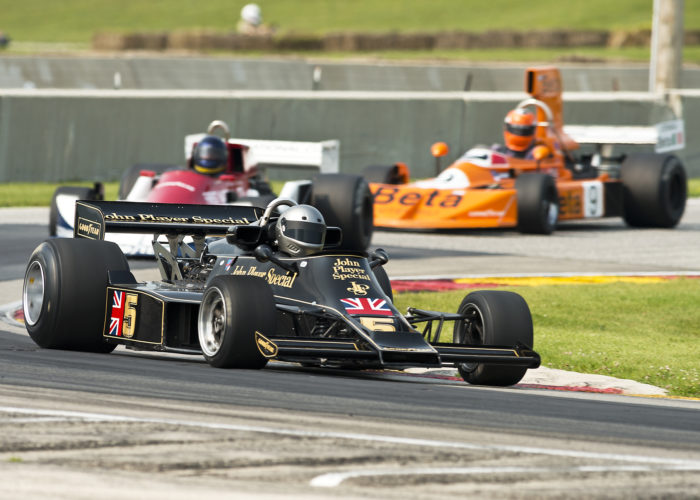 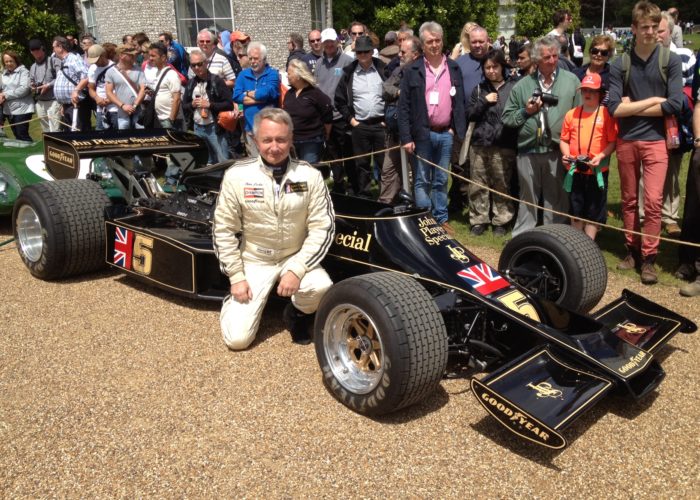 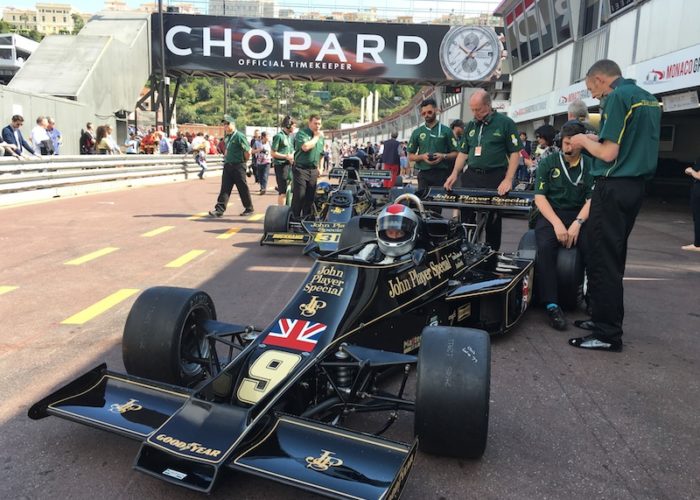 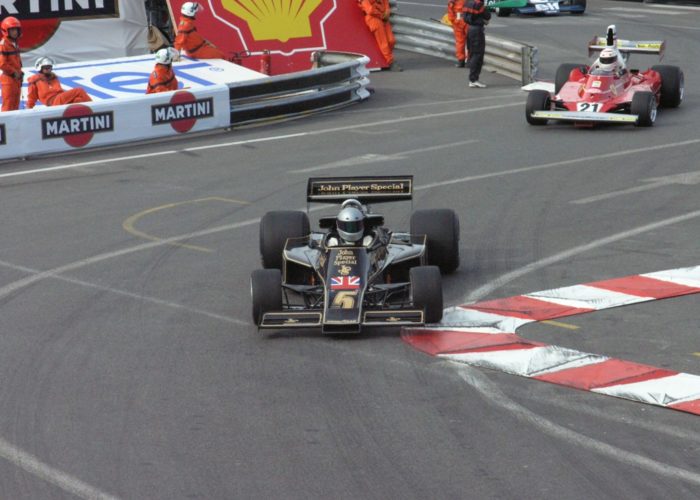 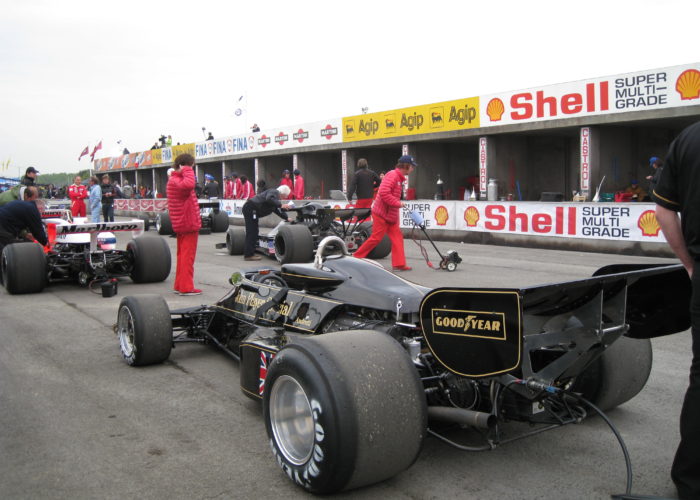 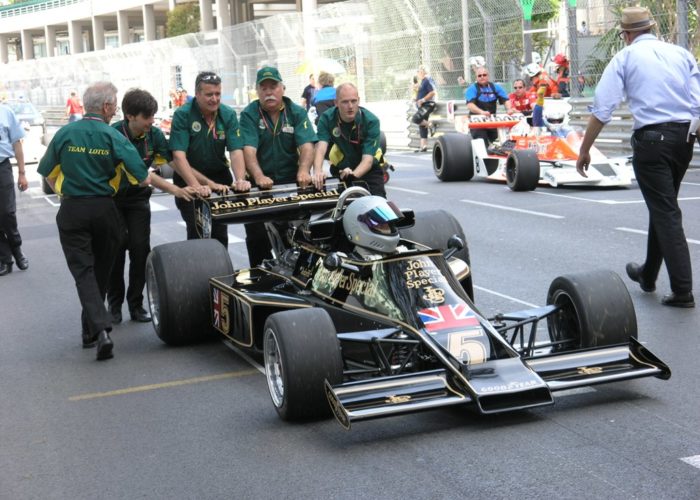 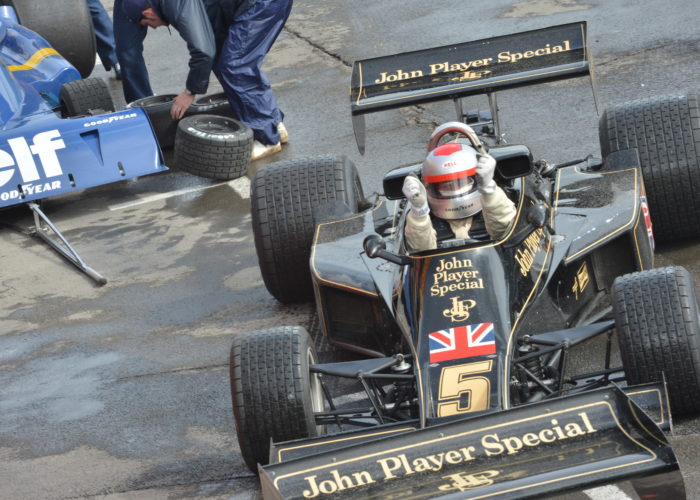 Lotus 77 Formula One No. 77/3 (JPS-14) was driven by Mario Andretti during the 1976 Grand Prix season, his first year driving for Team Lotus.

Lotus 77/3, along with the other two Lotus 77s constructed and raced by Team Lotus during the 1976 season, were used for testing chassis configurations and aerodynamic innovations, including side pod design. That testing and innovation is credited by Andretti as leading to Lotus’ development of ground effects in the Lotus 78 the following year. The ground effects design was perfected in the Lotus 79 that Andretti drove to the World Championship in 1978.

Following the 1976 season, Team Lotus sold Lotus 77/3 to broker Bob Howlings who in turn sold it to the late James Wallis of the Otford Group. Mr. Wallis sold the car to Ashton Marshall, who imported it to the United States and sold it to David Livingston of Seattle, Washington, in September 1988. Mr. Livingston restored 77/3 for historic Formula One events and raced the car at venues in United States and Canada, including the Monterey Historic Automobile Races, and numerous events sanctioned by the Historic Grand Prix group.

Mr. Livingston sold the car to the present owner, Chris Locke of San Anselmo, California in August 2004. Since then, Chris has driven 77/3 at the Grand Prix de Monaco Historique and the Goodwood Festival of Speed, with Grand Prix Masters and Historic Formula One at the French Grand Prix at Magny Cours, the British Grand Prix at Silverstone, Brands Hatch, the Silverstone Classic, Donington Park, Nurburgring and the Six Hours of Spa, with Thoroughbred Grand Prix at Donington, the Monterey Historic Motorsports Reunion, and at Historic Grand Prix events at Circuit Mont-Tremblant, Watkins Glen, Road America and Sonoma/Sears Point, among other venues. The car is also featured in the motion pictures Iron Man 2 (2010) and Rush (2013).

With many thanks to Kyle Burt, Allen Rosenberg, and Peter Darley for these amazing photographs!